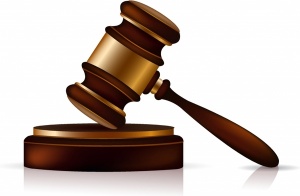 Facts and Procedure: State of Missouri ex rel. Swoboda, is a high stakes employment law case against Armstrong Teasdale (Armstrong), a prominent law firm in the State of Missouri, who was fighting for its reputation.  The retaliation complaint filed by Swoboda, a Kansas City police officer, against Armstrong alleged that members of the Armstrong firm went beyond mere legal representation and affirmatively took steps to threaten a witness who was to testify in the action.  In setting the stakes the Court in its opinion stated that “…a law firm representing a party in a claim under the MHRA should be well aware of the aiding and abetting provisions of the act and know it would be a violation to threaten employees for engaging in activity protected by the MHRA.” Of course, whether or not the allegations are true remains to be seen; nevertheless, this is a very high stakes case.

This all started with a statement made by an Armstrong Teasdale (Armstrong) attorney, who was representing the Board of Police Commissioners of Kansas City (“BOPC”), against Jim Swoboda, a police officer who had filed a retaliation claim with the Missouri Commission of Human Rights (Commission).  Swoboda’s alleged that at his deposition, an attorney from Armstrong, who represented the BOPC, advised him that he needed to think of his career when he testified.  The officer’s claim was tried to a jury, and again Swoboda testified on behalf of the officer.  Swoboda also alleged that, before his testimony, he was again advised by an Armstrong attorney that he needed to think about how his testimony might hurt the BOPC.

Due to some health issues and “the stress of [his] involvement in the legal claim,” Swoboda took a medical leave of absence from October 4, 2018, to December 13, 2018.  He used 46 sick days, vacation days, and comp days during this time.  Swoboda’s medical provider cleared him to return to full duty in December of 2018, but the BOPC placed him on limited duty from that time until January 14, 2019.  Swoboda was assigned menial tasks such as filing jackets in alphabetical order in a storage closet.  His department vehicle, department email, and key card access to department files were all withheld from him from October 4, 2018 to January 18, 2019.  He was not allowed to carry a gun or wear his uniform, and was restricted from accessing department computers.  He was also restricted from accessing confidential information and department records, even though he served as the Custodian of Records.  He was excluded from Commander meetings and training, FOP meetings, and unit holiday parties as well as work groups, committees, and projects.  He was removed from his position as the Information Management Unit Commander and the Department Custodian of Records and was replaced by another Commander.  Swoboda’s office was taken away, and he was assigned a storage closet to use as an office.  Swoboda alleged that these actions by the BOPC were in retaliation for his participation in the fellow officer’s trial, because after that officer’s case settled, his access to department email and key card access to department facilities was restored.

After Swoboda filed this lawsuit the Commission then issued a letter relating to Swoboda’s claim against Armstrong stating,

“The investigation of the [] complaint has determined that the [Commission] lacks jurisdiction over the matter because there is no employer-employee relationship between the Complainant and the Respondent. Therefore, [the Commission] is administratively closing its case and terminating all [Commission] proceedings relating to your complaint.”

Next, Swoboda filed a Petition for a Writ of Mandamus with the Circuit Court, asking the Court to order the Commission to vacate its dismissal of Swoboda’s Complaint against Armstrong, to accept his claim, and to investigate it. The Circuit Court issued a preliminary order in mandamus, directing the Commission to respond to Swoboda’s petition and, Armstrong filed a motion to intervene, which was granted.  Both the Commission and Armstrong filed motions to dismiss the writ petition for failure to state a claim.

After a hearing (as a non-contested case under the APA) the Circuit Court issued its Order, Judgment, and Permanent Writ of Mandamus granting a writ of mandamus in favor of Swoboda; directing the Commission to rescind its decision to dismiss Swoboda’s charge against Armstrong under the MHRA; and to accept Swoboda’s charge, and to investigate the complaint.

An appeal by the MCHR and Armstrong to the Western District followed.

Analysis: Was the Right Clearly Established Allowing The Court To Issue A Writ Of Mandamus? The Commission and Armstrong argued that mandamus was inappropriate because Swoboda’s claim against Armstrong for aiding and abetting the BOPC’s retaliatory actions did not involve an established right.   Black letter law requires that in order to be entitled to mandamus the right must be clearly established.   “The issuance of a writ is justified only when some legal authority requires an official to perform a particular act.”

Starting with the statute the Court noted that even before the  2017 amendments, the statute made it an unlawful, discriminatory practice, “to aid, abet, incite, compel, or coerce the commission of acts prohibited under this chapter or to attempt to do so[.]” Furthermore, the Act made it unlawful: “[t]o retaliate or discriminate in any manner against any other person because such person . . . has filed a complaint, testified, assisted, or participated in any manner in any investigation, proceeding or hearing conducted pursuant to this chapter[.]” The Court further noted  that the aiding and abetting provision has been seldom cited by the appellate courts.  In fact, there were no decisions using the “aiding and abetting” provision “…to impose liability on a third party outside of an employer/employee relationship, the potential for such claims exists based upon the plain language of the MHRA.”

The Western District, concluded that the 2017 Amendments to the Act made it clear that the aiding and abetting provision, now found in Section 213.070.1(1) remained unchanged and that Armstrong was an employer, although Armstrong sharply disputes this claim arguing that the “aiding and abetting” provision applied only if the person alleging the violation was actually a direct employee of Armstrong. (There is more discussion of the employment relation under the next issue below).  The Court concluded that the Act has always imposed a duty on the Commission to “promptly investigate the complaint,” and to issue a Right to Sue letter if requested and the Commission has not completed its administrative process (investigation) within 180 days of the filing of the complaint.  The right to sue letter had been requested and the 180 days had expired; therefore, there was a duty by the MHRC to issue the right to sue letter because the duty was “already defined by law.”

The Court noted that in considering the above issue the nature of the employment relationship was covered but that it would be explained in more detail under the next point.

Employment Relationship between Swoboda and Armstrong: The Commission and Armstrong  argued that Armstrong cannot be found liable to Swoboda under the MHRA because Armstrong was never his employer.  In 2017, Section 213.070 was amended so that it is now “an unlawful discriminatory practice for an employer” to retaliate or discriminate against any person who has engaged in a protected practice as delineated in the statute.  The Commission and Armstrong who were also Appellants argued that, despite the “any other person” language in Section 213.070.1(2), an employee-employer relationship is required for employer liability to attach. In other words, they argue that the language meant the employee’s employer, not some other third person who may have retaliated.

The Court noted that this argument flies in the face of a Missouri Supreme Court opinion that held the plain language of Section 213.070.1(2) prohibited retaliation “in any manner against any other person” and that “Section 213.070 does not limit itself to the employer-employee relationship.  Using this opinion, as its North Star, the Court meticulously examined the history of the statute and case law, concluding that “…a direct employer-employee relationship between Swoboda and Armstrong is not required to support a claim of aiding and abetting the alleged retaliation.”

Retaliatory Conduct: The Commission’s argued that the Circuit Court’s judgment was in error because Swoboda did not establish that Armstrong’s alleged threats to Swoboda, regarding his testimony, were linked to the retaliatory actions taken by the BPOC against Swoboda.

Armstrong argued that the threats to Swoboda regarding his testimony against the BPOC were linked to the BPOC’s retaliatory actions toward him.  The Court rejected this argument outright, noting that that the Commission did not even investigate the merits of Swoboda’s charge against Armstrong in dismissing the claim; therefore, the Commission’s post hoc justification for its dismissal of the charge cannot provide a basis for reversal.

The Court concluded by stating that once the 180-day time limitation has expired, the Commission must cease all activity on a complaint and issue a right-to-sue letter. Therefore, the portion of the judgment ordering the Commission to undertake an investigation can no longer be enforced.  The Court affirmed the trial court’s decision, except it orders the trial court to not undertake the investigation because once it issues the right to sue letter it loses all jurisdiction.  State of Missouri ex rel. Swoboda, (WD83556, Consolidated with WD83571, 01/12/21)

Comment Howard: This case does a great job on analyzing when mandamus is appropriate making it a great reference tool.  The case also clarifies that the retaliation prohibition applies to “other persons,” are third parties and not the direct employer of the person alleging a violation. 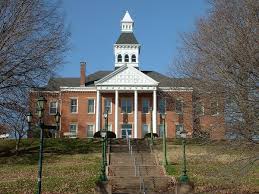 Disclaimer – For 3 1/2 years I worked as the City Attorney for the City of Cape Girardeau, in the Court of Common Pleas building, the subject of a lawsuit involving a dangerous condition of the stairway, leading to the dungeon, where old records were stored.  Crowded City offices were located on the first floor of the building.  I remember this building as a beautiful historic structure with a cupola sitting high on the bluffs overlooking the Mississippi River and old downtown Cape that sits adjacent to the Mississippi River.